In Bigger Steps I toyed with an artificial scale where every step presents a bigger leap from the previous one—smaller, in its retrograde version. In the first movement, the scale develops, then moves mirrored, then retrocedes. In the second movement, chordal movement is constructed by moving each of the voices in different intervals. In the third movement, two voices move in opposing directions.

As Leopold Brauneiss once pointed out about the style of Arvo Pärt—the prominent Estonian composer that would seem to be an inspiration for this score for baritone ukulele by Choan Gálvez—constraints and in general regulatory principles “define the creative area into which the composer as subject has retreated”. However, even if based on strict rules organizing intervals, Bigger Steps shows the opposite: a struggle for beauty, open spirit and love that fosters the subjectivity of the performer. The same harmonic material is rearranged continuously throughout the three slow movements that constitute the score, creating the need to interpret and render it from different perspectives. The challenge is engaging and satisfying, and let's explore the nuances of the instrument and a performer's relation with them.

Once again Gálvez has composed a milestone in the ukulele repertoire, offering a wonderful, deep score that owes much to the marvellous fascination of European minimalism.

The score, including notation and tablature, is available from The Ukulele Bookshop. Although written for baritone ukulele, it can be played on any linear-tuned ukulele. 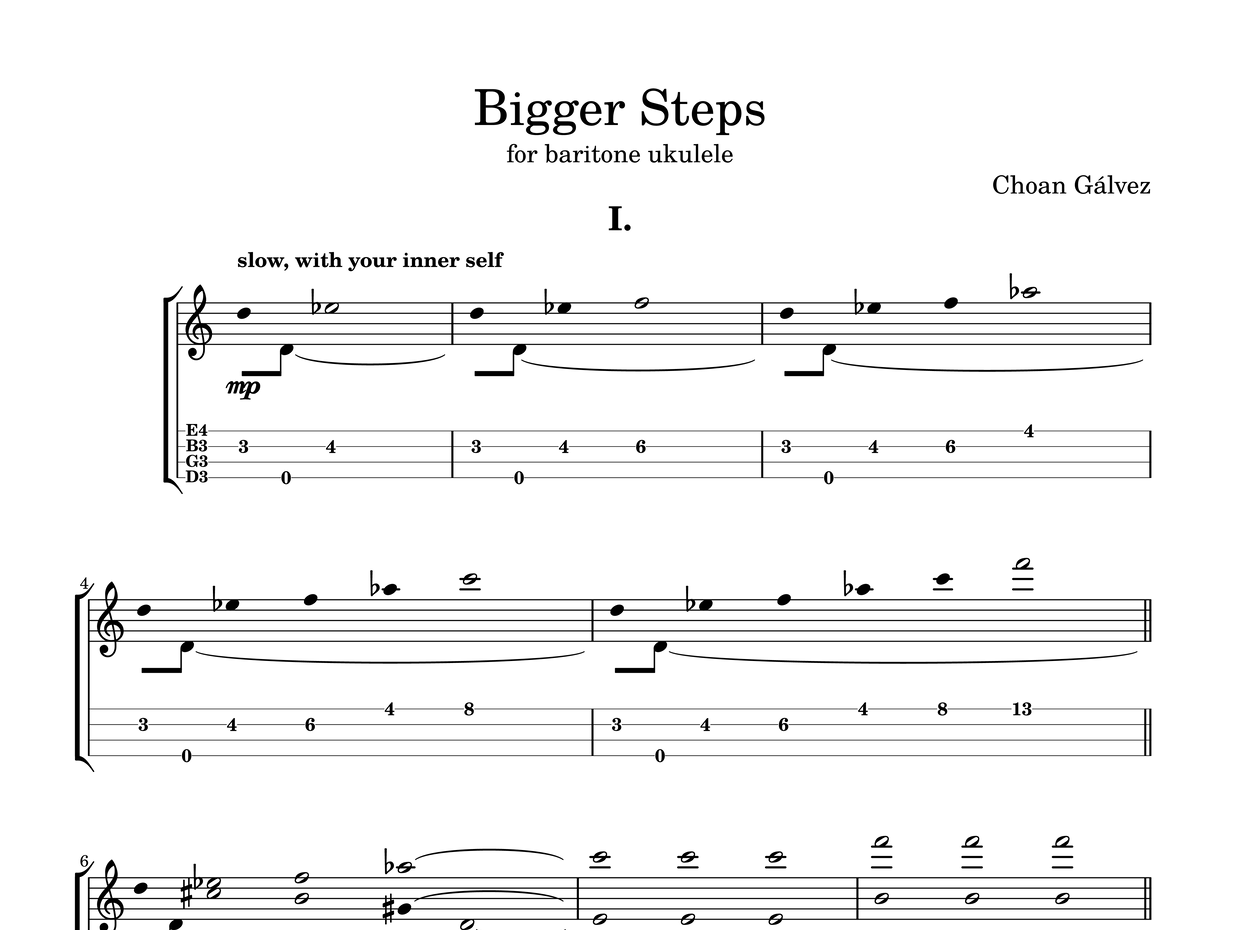 Buy now
We would like to use third party code to improve the functionality of this website.